Dr. Tom Wallace was born August 22, 1930, in Odd, West Virginia, the second of six children. His parents were Lonnie and Reba Wallace of Toughkenamon, Pennsylvania. He was married to Janith May Farr of Kennett Square, Pennsylvania, from 1950 until her death in 2002. They have four children: Debbie, Tom Jr., Tim, and Donna. Dr. Wallace remarried on August 7, 2004, to the former Mary Cluck of Athens, Tennessee.   Dr. Wallace and Mary are living in Murfreesboro, Tennessee, and travel together in the ministry.

Dr. Wallace was saved at General Motors Assembly Plant in Wilmington, Delaware. He began preaching in the noon services at the plant and preached there until leaving for Bible College. He served on the Staff of Highland Park Baptist Church, Chattanooga, Tennessee, with Dr. Lee Roberson for two years. (1953 and 1954)

Active in radio work for over 30 years

Published two church papers, “The Visitor” and “The Beam,”

Past president of International Fellowship of Fundamentalists.

Served as president of Board of Directors of BIMI for 8 years.

Vice-President of the “Sword of the Lord,” Murfreesboro, TN

Executive Board of Frontline Fellowship 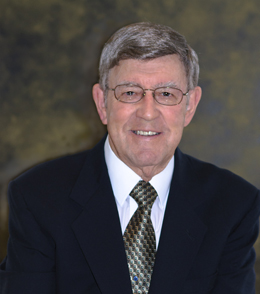