Dr. Tim Pledger was born into the Christian home of Ken and Barbara Pledger on September 24, 1969. He was saved at the Independent Fundamental Baptist Temple in Van Buren, Arkansas as a nine year old boy on December 5, 1978. This church was his father’s first pastorate. At fifteen years of age, Tim was called to preach at the Emmanuel Baptist Church in Pontiac, Michigan, following an evening sermon by Dr. Tom Malone.

In 1992, Brother Pledger graduated from the Trinity Baptist College, Jacksonville, Florida. It was there he felt the call to missions under the ministry of Dr. Bob Gray, the former pastor of Trinity. He was ordained into the gospel ministry the same year and after spending three years with his father, serving in the youth ministry at Calvary Baptist Church, Middleburg, Florida, he left to serve with Baptist Missions to Forgotten Peoples as a church-planter in southwestern Nigeria, West Africa in 1996. During these six years, he founded the Independent Baptist Bible Institute and the Solid Rock Independent Baptist Church in Abeokuta as well as two other churches in nearby towns. The Lord used the labors of this church to see more than 30,000 Africans come to Christ.

In 2003, Brother Pledger returned to the US and assumed the pastorate of the Sixth Avenue Baptist Church in Brooklyn, New York. It was a struggling church with a rich history as it was founded in 1867 by Pastor/Songwriter Robert Lowry. Lowry was most noted for penning the words of hymns such as “Nothing but the Blood of Jesus” and “Shall We Gather at the River” among others. This church saw a revival of seeing souls saved and the pews filling up during the four-year period while Brother Pledger served as its’ pastor. This inner-city work grew from less than twenty members to averaging over one hundred during Brother Pledger’s tenure.

In 2007, Brother Pledger returned to Calvary Baptist Church, where his father, Dr. Ken Pledger, has served as the senior pastor for more than three decades. Brother Tim Pledger currently serves as a part of the All Nations Outreach Ministry established in 2008. This local church ministry is responsible for more than 187,000 souls being saved around the world in 127 nations. Brother Pledger has preached the gospel in 48 of the 54 African countries through this ministry. He is the associate pastor at Calvary Baptist Church and school administrator of Calvary Christian Academy. His love of missions is unique in that he not only has the academic knowledge to teach in a classroom, but he has the practical experience of planting-churches, training nationals, and winning the lost in the third world.

Tim and his wife, Kimberly, serve the Lord at Calvary Baptist Church in Middleburg Florida, as well as minister on the mission field yearly. Kimberly uses her talents as a pianist and soloist, while Tim as an evangelist ministers to the hearts of numbers of people around the world. 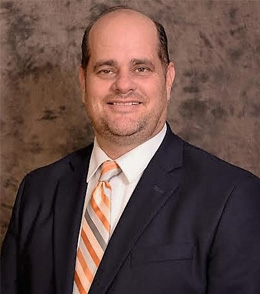